We invite research articles and notes that explore the interplay of science and daily life, the role of new technologies in scientific knowledge, the just-emerging and the strongly-persistent practice of science making and reporting, as well as other topics in the social organization and consequences of scientific knowledge.

Contributions may address questions such as (but not limited to) the following:

Bodily, Christopher. 1994. “Ageism and the Deployments of ‘age’. A Constructionist View.” In Constructing the Social, eds. Theodore R. Sarbin and John I. Kitsuse. Sage Publications, 174–94.

Fanelli, Daniele. 2009. “How Many Scientists Fabricate and Falsify Research? A Systematic Review and Meta-Analysis of Survey Data.” PLoS ONE 4(5): e5738.

Rughiniș, Cosima, and Bogdana Humă. 2015. “Who Theorizes Age? The ‘socio-Demographic Variables’ Device and Age–period–cohort Analysis in the Rhetoric of Survey Research.” Journal of Aging Studies 35: 144–59.

Call for Papers: Classifying people: From gender and age to zodiac signs and personality types

We routinely treat people as representatives of certain categories, bearing their typical traits even if diverging in significant ways. There are many classifications of people available to describe a person – from gender categories, generations and age groups, professions, to complex yet para-scientific typologies such as zodiac signs, and scientifically constructed classes such as personality or other psychologically-defined types.

We invite researchers to explore how we create types of people, modify them and use them in interaction. Possible research questions include the following, and any other related topics:

We invite research articles and notes that explore how we live with(in) digital technology, and we welcome texts from multiple disciplines and genres.

Our reality is visibly and invisibly transformed through digital technology. Digitally mediated information flows structure increasingly deeper and broader layers of daily and professional lives. We live with and within the omnipresence of Wikipedia, Google Maps and Facebook – to name just the tip of the iceberg. Computational power is mobile, but increasingly fixed on our persons, from bags and pockets, to wrists and, occasionally, glasses. Information technology has gradually become an infrastructure, an ambient and a part of our extended, distributed selves.

We invite authors to reflect on the significance of digital technologies for our daily and professional lives, addressing questions such as the following – or any other related topics:

Call for Papers: Sociology of Celebration

Celebration was at the nascent core of the emerging sociological discipline at the turn of the 20th century. It was Durkheim’s seminal insight on the supreme importance of rituals in integrating the social body, masterfully articulated in his sociological forays into The Elementary Forms of Religious Life (1995) [1912], that placed the study of holidays in the very center of sociological focus. But after such a fulminant start, postwar sociology regrouped across the Atlantic lost its interest in the nature of celebration. As Amitai Etzioni (2000) has pointed out, neither the index of the sixteen volumes of International Encyclopedia of Social Sciences (1968) nor that of the flagship American journals American Sociological Review and American Journal of Sociology between 1975 and 1995 mention the term “holiday.” However, after a long and undeserved hiatus, celebration is making a comeback in sociological theory. Unsurprisingly, a “sociology of celebration” is taking shape in European sociology, gaining institutional grounding in the European Sociological Association’s Research Stream bearing the ominous name. 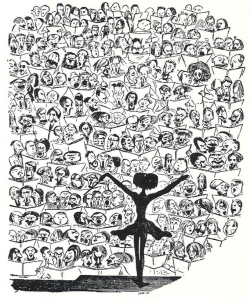 In editing this thematic issue of The Journal of Comparative Research in Sociology and Anthropology, we seek to celebrate the long-overdue comeback of the sociology of celebration. For this purpose, we invite contributions that explore and reflect upon the following questions, without being limited to those listed below:

-        How is meaning produced in celebrations? What are celebrations designed to signify, and by what social means are they to act as semiotic signifiers in the social world?

-        How are religious and political holidays constructed by various celebrative agents and what political purposes are they to play (Zerubavel, 2003)?

In addition to these questions, we also welcome papers which critically engage with the following topics:

-        the social functions of celebration (integration, identity formation, development and maintenance of distinction and taste);

-        perception of and attitudes to different modes of and phenomena of celebration;

-        theoretical approaches to celebration, focused on deepening our current understanding of the nature of celebration.

Zerubavel, Eviatar (2003). Time Maps. Collective Memory and the Social Shape of the Past. Chicago and London: The University of Chicago Press.

Call for Papers: Age and gender codes in media and things

Age and gender classifications have changed through history, yet they remain relevant in many social situations. They are used by organizations in all walks of life, and they are part and parcel of the identities that we invoke and attribute in daily interactions.

Taking notice of both their persistent relevance and the significant changes in age- and gender-specific expectations, we invite contributors to examine how these powerful classifications are put to use through media (advertisements, textbooks, films, games, etc) and things – toys, clothing, tools, and other material arrangements.Some questions that might guide reflection include the following, without being limited to them: